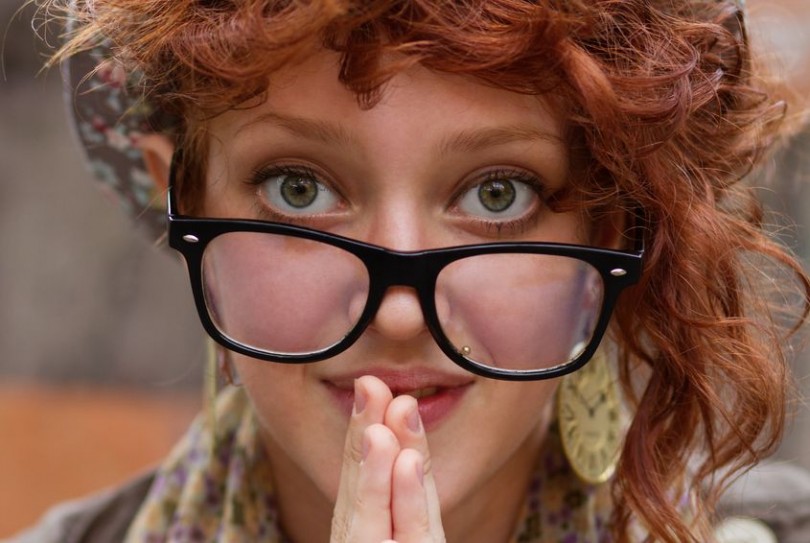 In my years of teaching people how to overcome shyness or social anxiety, there’s something weird that I’ve noticed.

I call it “The Socially Inept Genius Puzzle.” This is the tendency for unusually smart people to have very LOW levels of social skills or confidence.

After thinking about this for a long time, I’d like to share my thoughts about it with you. Why is it that some very smart people can be so socially inept or socially awkward?

If you’re still reading this far, then you probably consider yourself more intelligent than average man or woman. Maybe you excelled in school or you couldn’t understand why all your classmates were only interested in pop music and celebrities… when you mostly cared more about exploring the world deeply with your mind.

At this point in your life, your smart mind has probably given you many advantages over others. It’s probably helped you out in school, maybe landing a degree, performing well at your job, and so on.

However, this smart mind can be worse than useless when it comes to…

Your Social Skills and Confidence

By the way, I did say worse than useless.

It can be like trying to use a screw driver to hammer in a nail. Using the wrong tool for the job just makes you perform much worse.

For most of my life, it was hard for me to imagine how my smart mind could ever hurt my chances for success, but this is one of those situations.

So I’ve put together this short list of ways your intelligence makes you FAIL in social situations… and what to do about it.

1. They Seek Information Instead of Developing Skills 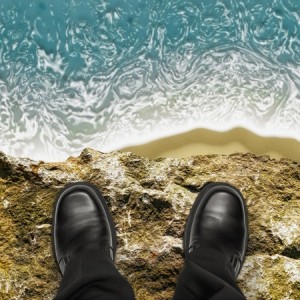 My dad was a welder for many years, and do you know how he learned? Through practice. Doing something over and over again is what allows you to develop a skill.

Sure, there’s some basic training you NEED to go through, but to go from being bad to good in a skill… you’ll have to put in the time and effort.

Yet there’s a lot of socially inept people who don’t treat social skills in this way. Instead they look for the one last magic piece of information that will solve all their problems. Like looking for a fool proof conversation starter that will work every time in any situation. (This doesn’t exist.)

Social skills are just that… SKILLS.

And you don’t get them by THINKING about them, you get them by GETTING them.This means you’ll learn more by in one hour of actually getting out of the house and talking to people than you will in ten hours of “education”.

You get better by doing, by practicing at least a few times a week.

2. They Think Too Much

And the people who are really smart may be unsure of what to say, or afraid of opening their mouth to make a fool of themselves. Oh, what a backwards world we live in!

Let’s think about this:

Why can people who SUCK at thinking, reasoning and logic… be total MASTERS when it comes to socializing? And why do you find it so difficult to make conversation confidently when you probably “deserve” to do so more than those idiots?

It’s because being social and contributing to a conversation is not a problem to be solved by thinking. It’s more about an energetic and spontaneous expression of how you’re feeling.

I took some improv theater classes for a few months. This is a type of theater that is totally spontaneous… all the actors/students have no scripts… they just blurt out the first thing that comes into their head.

This situation seems like a nightmare for a smart and shy person… but you should really try it out sometimes even if it seems scary.

The biggest lesson I learned from those classes was to rely more on speaking from my GUT feeling and instinct instead of trying to carefully plan and think through everything I said.

Most shy and socially anxious people are the exact opposite of “spontaneous.”

Never realizing that THINKING TOO MUCH is the main reason you have a problem speaking up more to begin with!

To learn more about how to overcome this, I recommend you read my article: Don’t Know What To Talk About? Here’s Why

3. They Psych Themselves Out

Some psychologists have called the mind a “simulation machine.” Your mind is designed to remember the past or simulate the future to help you survive in life.

If you can imagine yourself dying after walking off the 10th storey of a building, you probably won’t step off the edge, will you?

Well, smart people take this FUTURE SIMULATING and RISK AVOIDING nature of the brain way too far sometimes. How? By coming up with all of the reasons why everything WON’T WORK when it comes to social situations.

You may use your amazing creative imagination to vividly imagine all the horrific way you will fail. And you figure out every little way something could go wrong.

For example, maybe there’s a girl you want to ask out on a date. But then your mind imagines you creating an awkward silence after you say “Hi”… And you imagine her saying “No”… and then her telling everyone else in the world about what a loser and a creep you are… and then you have to see her every day still and try to avoid feeling super awkward.

Are you getting the picture here?

Imagining the worst that can happen causes you to not even try. You probably avoid a lot of parties, conversations and social situations for fear of the worst happening… all thanks to your smart mind which has made you see all the “risks.”

Now, if you’ve thought something through and come up with a good reason why it would fail, it makes sense to not do it, right?

I mean, why would you want to do things that are going to fail?

It is sound logical, but it’s HORRIBLE thinking when it comes to the REAL WORLD… and overcoming shyness and social anxiety.

Usually, failure is not as big a deal as your mind makes it out to be. You ask a girl out, she says no… and life goes on. You feel bad about it for a few days, and within 2 weeks you no longer really remember it much. And beyond that…

The little failures are necessary to improve your skills. Failing in one conversation is not nearly as bad as the consequences of avoiding taking risks in general… this is what lead to ULTIMATE FAILURE.

4. They Can’t Deal With Fear And Other Emotions 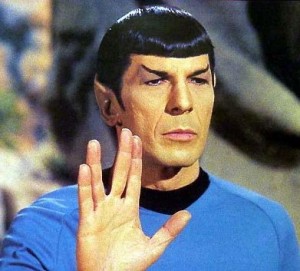 An intelligent person’s strength is often their logic, which means their weakness is emotions.

When it comes to dealing with emotions… a lot of smart people (guys especially) become totally uncomfortable and frozen. Maybe they start to repress or run away from the emotions… especially the bad ones like fear. Fear of being rejected, fear of opening up and connecting with others, and so on.

Many people would rather DIE in lonely isolation than admit that they don’t know how to deal with their emotions… or, GOD FORBID, ask for help!

Hey, I went for YEARS like this. I know what it’s like. But the reality is that anyone can learn to handle and even MASTER their emotions (even fear)…if they just take the time and effort to learn HOW to do it.

If this is you, then do yourself a big favor… take the time. Take the effort. Don’t worry about whether someone else will look down on you for studying “self help.” What matters is you doing the things that YOU need to do FOR YOU.

I think the reason why I’m so fascinated with “The Socially Inept Genius Puzzle” is because I had to struggle with all of these issues for a lot of years of my life.

Now, I’m not saying that I’m the smartest guy on the planet… Yet it always bothered the hell out of me that even though I was so good at figuring things out… …I couldn’t figure out what I was missing when it came to being good at conversations and social skills like other people.

Something tells me that you know what I’m talking about.

Well, after beating my head against the wall for a few years… trying all kinds of crazy stuff… I finally got the bright idea to start studying people who were “naturally” good socially. By carefully studying what the “naturals” did and said in conversations… and learning how their minds worked… I began to realize that social skills weren’t LOGICAL at all.

I was doing many things in a fundamentally wrong way, and the more I tried to “fix” my problems, the less progress I made. Much of what I learned was very tough for me to accept… because my logical brain just didn’t want to buy into it. It’s like that quote that goes:

“You cannot solve a problem at the same level of thinking which created it.”

That’s what becoming more confident and skilled socially is like. It took me quite a long time, but I continued to learn, test, and refine what I was learning until I personally figured out how to overcome shyness and social anxiety…

I learned how to become confident and talkative whenever and wherever…

And once I got this area of my own life together, I decided to start helping other shy and socially anxious people get this area of THEIR lives together. In fact, I created a whole system to help you do it.

The Shyness and Social Anxiety System

For now, I’d recommend you sign up for my email newsletter in the box below. This will let you receive my latest tips and advice on how to stop being shy, quiet or awkward in social situations: 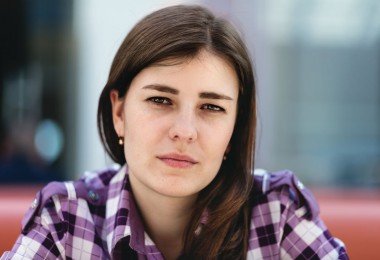 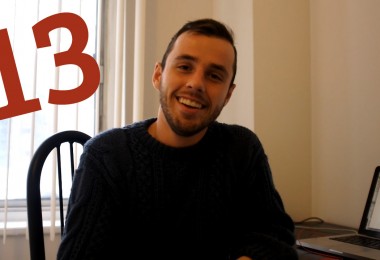 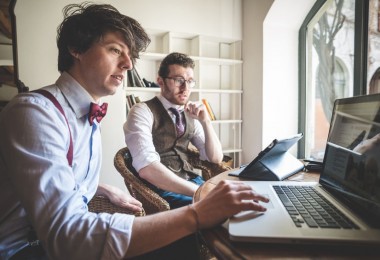 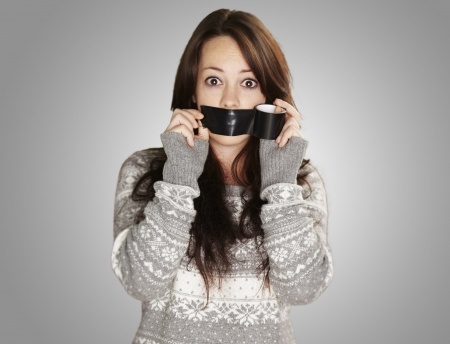