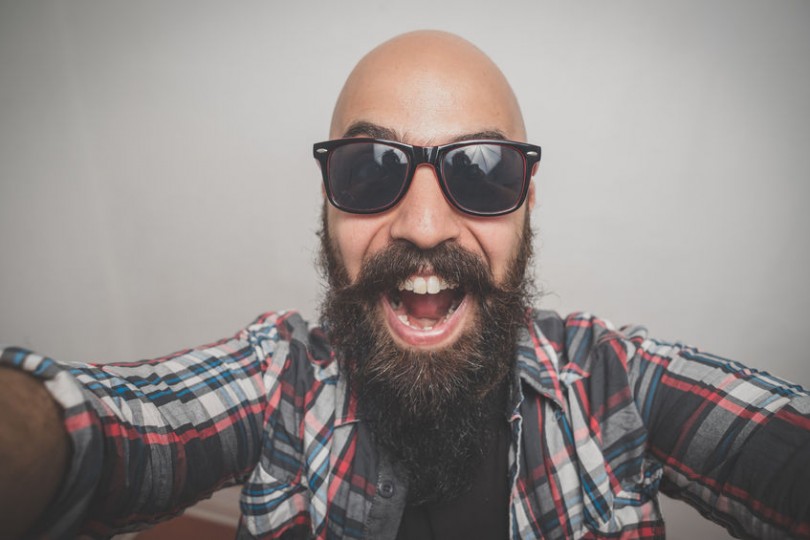 One of the most common pieces of advice people will give you for your shyness or social anxiety is to “fake” confidence.

They’ll tell you to “act as if” you weren’t shy, nervous or anxious.

They’ll say stuff like “Don’t be shy, just pretend to be confident.”

Yeah, easy for them to say.

I don’t know about you, but if I had been able to act totally normal and confident despite my social anxiety, then I would have already been doing it.

Whenever I got that type of advice I would think to myself sarcastically: “Oh, wow, thanks. I don’t know how I never thought of that myself. Why haven’t I just pretended to be confident all these years. Gosh, it’s all so simple now. All these years struggling with my social anxiety and shyness and all I had to do was PRETEND all this time? You’ve really helped me out here.”

Just like most bad advice socially anxious people get, the idea that you can “fake” confidence generally assumes that YOU are the one in control of your emotions and feelings.

In reality, the opposite is true. Shy and socially anxious people are the way they are because they really have no control over their emotions.

This means that they have almost no success trying to “force” themselves to feel confident.

Being Controlled By Your Emotions

Since shy and socially anxious people really can’t control the emotions they feel, they end up being controlled by their emotions. When you are controlled by your emotions, you start doing things like:

And the worst part is, all this avoidance of your fear is actually making it worse. The more you avoid something, the more the fear of that thing builds  up in your mind. That’s why I always tell people with social anxiety that cutting down on their avoidance behaviors is one of the first steps to getting better.

Acting in spite of fear is one of the things ANYONE who has overcome shyness or social anxiety has had to do. But, in order to act in spite of fear, you first have to have some control over your emotions. If your emotions control you, then you will just do what they tell you to: run away, avoid, hide.

Now, don’t get me wrong. Whenever I used to be shy I HATED being told to “just do it”and to “face fear,” but now that I look back, I realize that it was an absolutely essential part of getting over my social anxiety.

So when other people tell you to “fake” confidence, they are trying to help you control your emotions so you can get better. Unfortunately, nobody can truly control all of their emotions. And socially anxious people are the WORST at it.

(Well, maybe some Buddhist monks can, but I’m willing to bet you don’t want to move to the mountains and meditate every day.)

Okay, let’s get back to reality here.

It’s great for you to sit here now and read that you have to “act in spite of fear,” but what’s gonna happen once you get off the computer and go back to your life?

Chances are, when it comes time to “act in spite of fear,” you’ll fail.

You WON’T DO what you set out to do.

And the question is: Why?

Why is it that all the advice out there that tells you “face fear” and “just ACT confident” FAIL MISERABLY when it comes to THE REAL WORLD?

Why Is It So Hard To Face Fear?

The reason why is because fear is the brain’s reaction to danger. When your brain thinks there is a threat to your survival, it immediately makes you feel fear, nervousness and anxiety.

The reason why you have shyness or social anxiety is because a certain part of your brain (the amygdala) has formed a connection between social situations and danger. Crazy as it sounds, a part of your brain actually thinks that making a bad impression on people would mean an immediate threat to your survival.

So if you try to act in spite of fear or other bad emotions, then all of your brain’s warning signals instantly light up, saying DANGER! DANGER!

And, if you think about it, there’s a similar “block” in your mind when you feel social anxiety. Your words and actions feel inhibited and “held back” by your social anxiety. This is why it’s so hard to “act” confident when you are feeling fear and anxiety.

Notice how fear has this automatic control over your actions. It’s EXTREMELY difficult to do things when you are afraid. When you feel fear, then just talking to a group of people can feel the same as sticking your hand in the crocodile cage.

So What’s The Solution?

But then I gave you the reason why it’s almost impossible for a socially anxious person to “face fear” because your brain won’t let you. That’s why no matter how many times you hear the advice to get out and talk to people, you’re still stuck in your house mostly.

So what’s the solution? How can you stop being so controlled by your emotions so you can go into the situations you used to be scared of and not be overwhelmed?

Well, remember that the part of your brain called the amygdala is what makes you feel shy or socially anxious. It makes you feel fear and anxiety because it identifies certain social situations as dangerous.

So the solution is simple.

If you can stop your amygdala from identifying certain social situations as dangerous, then you won’t feel fear, nervousness, anxiety, or shyness in those situations. So the only solution to shyness or social anxiety that exists is to change the way your brain is “wired” on a deep level.

So bad advice like “act confident” doesn’t work because it simply doesn’t affect how your brain is wired.

And facing your fears usually doesn’t work by itself because you’re just setting yourself up for failure.

And how do you do this?

It takes a combination of changing your thinking patterns, lowering your anxious feelings, and changing your habits and behaviours.

The exact detailed steps you need to take are laid out in my ebook on shyness or social anxiety here. In it, I’ll give a detailed, step-by-step blueprint to re-wire your brain.

Check it out here for more information. 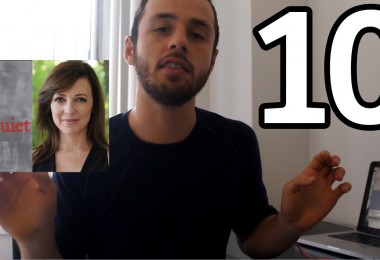 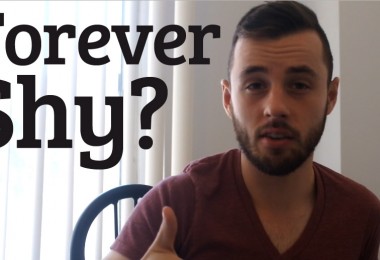