Home » Conversation and Social Skills » Don’t Know What To Talk About? Here’s Why… 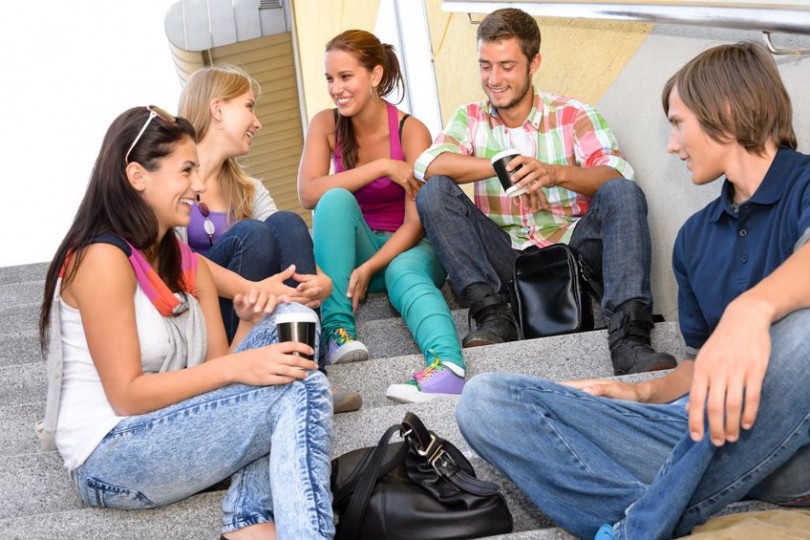 Have you ever heard a conversation between two or more outgoing people?

They have the most pointless conversations imaginable.

Or nothing at all. They just talk on and on and it looks like they even enjoy it. They say almost nothing of substance and everyone else seems to love them for it.

While YOU can barely keep a relatively interesting conversation going. You know that you’re different than most people. That’s why you’re reading this article.

Maybe you’ve listened to some of those conversations. And maybe you’ve considered that you don’t talk much because you have nothing in common with most people. You don’t want to be lonely, but can’t ever imagine being part of such pointless conversations.

How can you add something interesting to a conversation that is about nothing?

But if you want to stop being quiet around people, then you’ll have to learn to talk about nothing. It’s an important social skill to have. (And I’m only joking a little bit here.)

What Should I Talk About?

You’ve come to this article because you want to know what to say. You want me to tell you some good things to talk about. But the question “What should I talk about?” is the wrong one.

Did you really believe people talk about stuff that actually matters?

They don’t, and for a good reason.

Most people have nothing real interesting to say. They just don’t know enough to be able to talk about fascinating subjects all the time. Maybe I’m a pessimist in this way, but most people aren’t even that intelligent.

But that doesn’t stop them from having friends. Or girlfriends and boyfriends. Or a social life.

It actually helps. Here’s why…

People Don’t Remember Most Conversations They Have

Most people spend many hours talking throughout the day. They have many conversations with many different people. They talk about their new cat, their vacation in Fiji and what someone else posted on Facebook. They talk about Kanye West, Taylor Swift, Obama, sports, music, makeup, celebrities and so on.

Most people’s problem is not thinking of something to say… it’s shutting up for once!

Yet how many of those conversations do you think they remember?

But tell me, how much has the other person thought of the conversation?

They’ve probably forgotten about it entirely. Because they had plenty of other conversations that pushed it out of their mind. Maybe they had new problems to solve or events to go to. In the end, one little conversation means nothing to the average person in the grand scheme of things. At least it shouldn’t.

That’s why no matter what you say to someone in the average conversation, they will almost 100% certainly forget it within a few days. Because of this, you don’t need to have something particularly interesting to say. You just need to say something.

People don’t remember what you said, but they do remember that you had something to say. In the end, you can talk about interesting stuff, or “nothing.” Nothing is much easier.

Why Should I Want To Talk About Nothing, Anyway?

Maybe you’ve agreed with me so far in this article. You find most conversations pointless, so you would rather just so something different. You can always spend the time: reading books, doing your favorite hobby, playing a video game or changing the world.

These are all great things to do, and you should definitely do what you want to.

But you should also find time to make small talk and socialize with people. This gives you much different feelings of belonging and connectedness that other activities never will. It brings a feeling of balance to your life and makes you feel understood by other human beings which gets rid of loneliness. And most importantly, it is what we were meant to do naturally.

People are supposed to be able to make conversation naturally and talk openly about whatever dumb thing comes into your mind, except your shyness gets in the way.

Fortunately, there are several techniques you can use to make words flow out of your mouth like water in a stream, many helped me overcome my own shyness immensely.

How Do I Talk About Nothing?

First of all, it’s too much effort to carefully plan everything you’re going to say. It’s like having a “filter” between your brain and your mouth, only letting through the few remarks that pass your high standards.

Essentially, what you’re doing is making talking spontaneous. You stop using your rational brain and start using your instincts and “gut feeling” more often. This means you no longer have to actively think about or worry about what you’re going to say next. This does take some getting used to, but soon you’ll find small talk becomes a breeze and it’s actually really FUN!

What To Do When Talking

When you’re talking, you have to be in the present moment.

Shy people are usually stuck in their own little head (I would know) thinking about something they just said, and how funny or horrible it was. Or they’re worrying about what they’re going to have to say next, and how to avoid looking nervous or awkward.

Being stuck in your head… thinking, worrying, imagining, daydreaming… is the worst thing you could possibly do if you want to have a natural conversation.

It’s because of this that you sometimes run out of things to say. It isn’t like you have nothing to say. You have a whole lifetime of knowledge, experiences and opinions. The real problem is not a lack of thoughts to express, but believing that everything that comes out of your mouth must be interesting, unexpected or funny.

The truth is, people don’t remember most conversations, so it’s useless having something great to say every time it is your turn to talk. Instead, you have to practice speaking without thinking. This lets you relax and enjoy conversations more because you now just say whatever “feels” right.

“What If I Say Something Stupid?”

If you don’t run through whatever you’re going to say in your head, how do you know what you’re actaully going to say?

You don’t. You just have to trust that over many years of conversations and hearing other people talk, you have enough experience to be able to come up with something appropriate to say automatically. This takes a leap of faith at the beginning.

You’ve been carefully thinking about what to say for so long, that just talking spontaneously will seem unnatural at first. Trust me, it’s much easier and it’s how most people talk.

Maybe you still think “regular people” are too different from you. You couldn’t be more wrong.

There are plenty of very smart and social people out there. You being smart and shy has nothing to do with you being a genius, you’ve just gotten into the habit of not talking. And you can break habits.

Here’s What I Do When Meeting New People

Have you ever seen someone you’d like to meet and wondered how to start a conversation?

Maybe it was an attractive girl or guy you really liked, or someone at your work.

And guess what always happens? Usually all this thinking just makes you so nervous that you end up never approaching them. Over thinking makes you imagine everything that could go wrong, and you get stuck in paralysis by analysis.

Don’t worry, I used to be the same way.

This is what I do now: When I see someone I want to meet, I give myself 3 seconds to walk over to them. I don’t hesitate and I don’t think for even a second. I keep my mind completely blank and trust that I’m going to have something to say. And you know what? I always do.

Sometimes it’s as simple as: “Hi, I’m Sean” which is good enough. You wouldn’t believe some of the other things I’ve come up with on the spot!

The secret is to not think. Throw yourself into the conversation. You don’t know what you’re going to say, and that’s okay.

So here’s a list of the main points I’ve covered:

Next time you’re in a conversation, talk without thinking. Stop putting pressure on yourself to say interesting, unexpected or funny things all the time. Sure, some conversation topics are better than others, but most of the time people talk about nothing significant. Over time this approach will feel natural. 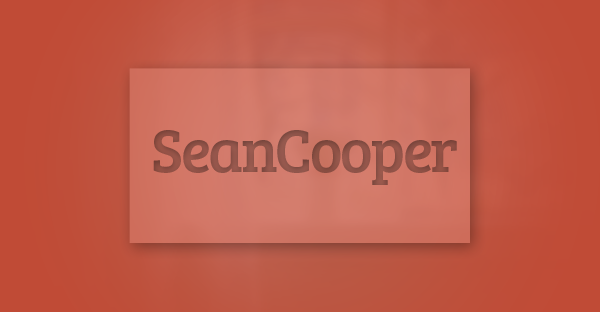 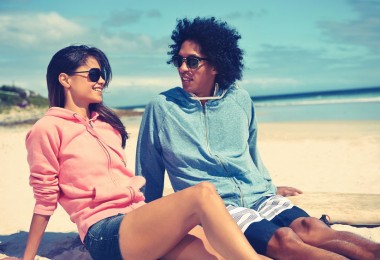 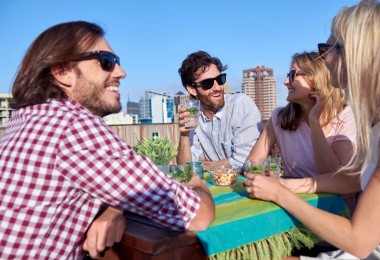 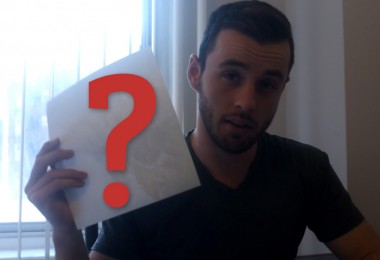